Click on the timeline below to discover more of our history. 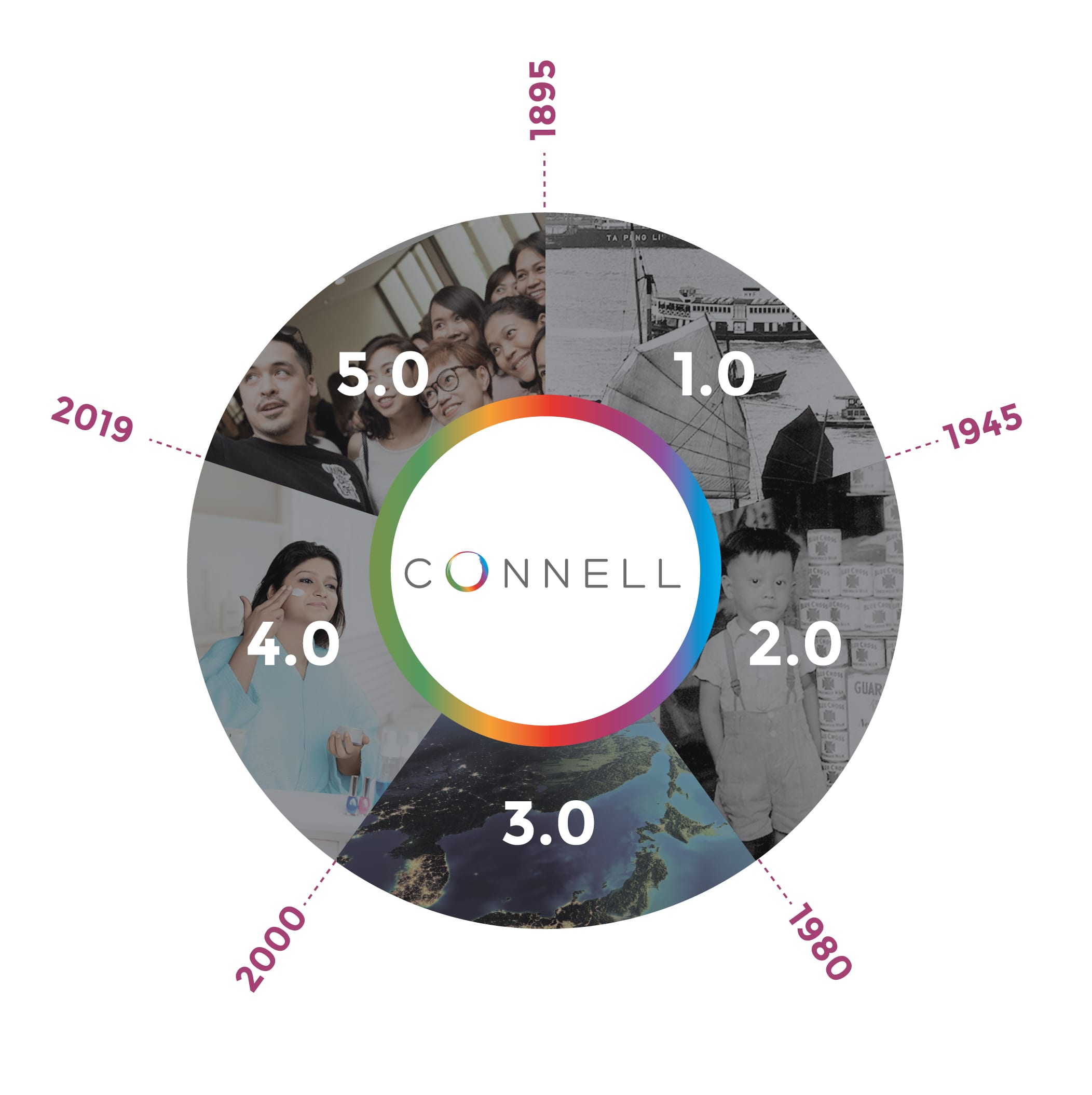 Connell is founded by two brothers, Morris and John Connell, when they set sail to Hong Kong to solve a customer’s problem. This intrepid journey leads them to eventual expansion into Japan, the Philippines and China. The Company imports well-known goods, including Carnation condensed milk that is still added to tea and coffee today in Southeast Asia and is known as “Teh C and Kopi C.” Eventually, the brothers attract the attention of Wilbur-Ellis Company, an import and commodity trading company headquartered in San Francisco, California. In 1931, Connell becomes a wholly owned subsidiary of Wilbur-Ellis. The Connell Brothers’ Company great reputation in Asia encourages Wilbur-Ellis to keep its name.

Connell Brothers is one of the first companies to resume operations in Asia-Pacific after World War II. Asian countries, devastated by the war, need everything from canned goods to light bulbs, and from construction materials to heavy equipment. Connell Brothers meets its customers’ needs and is able to supply these and many other products, including industrial chemicals, plastics and plastic raw material, pharmaceuticals, flavors and fragrances, textiles and synthetic fibers.

Growth in Asia-Pacific is attracting the world’s attention. Recognizing the value of Connell Brothers’ long-standing customer relationships, major U.S. manufacturers, many among the Fortune 500, select Connell Brothers as its marketing representative in the region. By the 1980s, Connell Brothers changes once again to meet the needs of the market by shifting its business entirely into specialty chemicals.

By the 2000s, Connell Brothers expands to meet customer demand in the Personal & Home Care, Food and Nutrition and Pharmaceuticals markets. Acquisitions throughout Asia-Pacific ensure it can offer new products in new geographic areas.

Connell announces a strategic rebranding of the company under the new name, “Connell.” The rebranding reflects the Company’s continued development of a strong and consistent platform across Asia-Pacific with focus on deepening creativity, innovation and service. Its redesigned logo symbolizes its inclusive and high energy culture.

You can find out more about which cookies we are using or switch them off in settings.

Please wait while you are redirected to the right page...

This website uses cookies so that we can provide you with the best user experience possible. Cookie information is stored in your browser and performs functions such as recognising you when you return to our website and helping our team to understand which sections of the website you find most interesting and useful.

Strictly Necessary Cookie should be enabled at all times so that we can save your preferences for cookie settings.

If you disable this cookie, we will not be able to save your preferences. This means that every time you visit this website you will need to enable or disable cookies again.